A Cancer or A Crown? The Powerful Influence of a Wife – Part 5

Her Finish & His Future

God says that a wife who makes her husband ashamed becomes like a disease that eats away at his innermost self. Bones are the support, structure, and strength of a person. They give stability. They protect vital organs. 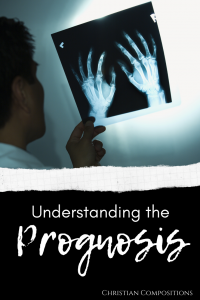 One of the striking things about diseases in the bone (or tooth) is that they often are not evident until they are fairly advanced and there is a lot of internal damage already done.

Another important fact about bones is that where the outside protective “barrier” and layers of a bone are hard, the inside tissue is soft, and that is where the “marrow”, the life of the blood and the body, is produced. The cells that fight infection are produced there. When bones become “rotten”, and that inside, tender part is damaged or diseased, it can destroy the strength of the entire bone, and eventually the entire person.

That is a very fitting picture of this type of problem in a marriage. A wife who shames her husband eats away at the hidden, tender part of him. He may not show any signs of how deeply he is damaged until one day he “snaps”, or until a raging “infection” seems to take over the marriage. Often in these cases, a wife says, “How did that happen so quickly?” Or, “Why did that one thing I said or did turn into such a big deal?” It’s because it didn’t happen quickly. It was just the thing that made the underlying problem evident.

When someone has osteoporosis, their bones become very brittle and weak. Often, they fall and their bones break; but sometimes, in advanced stages, it is the other way around. The bones simply break while they are standing or walking, and that causes them to fall.

When a marriage is being eroded by these harmful types of attitudes and behaviors, “normal” pressures of life can sometimes cause things to come to a breaking point. It is not always something catastrophic.

We have looked very closely at what types of behavior are damaging and destructive to a husband. Perhaps you have recognized one or more of those behaviors in yourself. It can be difficult to see. Thankfully, God also shows us the beautiful opposite that He desires and will help us to achieve if we allow Him. Find out in Part 6 – Displaying God’s Beautiful Plan

Want to read the previous posts? You can find them here: