I remember a day when I was about 18. I was making some decisions that I knew were taking me in the wrong direction. My parents had been trying to talk to me, to counsel me, and I wasn’t listening very well.

My dad decided that he wanted to send me to a camp for a week. It was a camp for those interested in missions. Not too very long before this, I had been interested, and had shared with him that I had surrendered my life to whatever God would have me to do. But my heart had been changing. I didn’t want to go….to camp or to be a missionary.

He decided I needed to go, and began having me fill out the paperwork and make preparations. I’ll spare you all the details, but in the weeks leading up to going to camp, honoring my dad was the farthest thing from my mind. I’m ashamed to even think of it, but I remember saying (when I was sure he couldn’t hear me!), “I’ve never told my dad no, but I’m about to!”

Quite angry with my parents, I went to the camp that week. I “obeyed”, but there was certainly no honor involved. I don’t think I even told them goodbye when they dropped me off. Thankfully, my heavenly Father was listening to their prayers, and continued to deal with my heart. That week, one of teachers said something that struck me hard. “Obedience is action. Submission (honor) is attitude.” I knew I was only there because I was “obeying”, but there was no submission or honor in my heart.

Before the week ended, I surrendered my life again to anything God wanted for me. That led to a lot of big changes in my heart and life, but the first thing that changed in me was my attitude toward my parents. I was heartbroken about how I had treated them, and I made a decision that with God’s help I would seek to honor them.

On this day that we set aside to honor our fathers, perhaps it would be good to take some time to consider what honor is. I’m sure we all know that honoring our fathers (and mothers) isn’t something we should do only one or two days a year; yet, do we truly understand what it means to honor them?

The biblical concept of honor seems foreign to many today, but God hasn’t changed His mind.

So, what is honor? Is it really necessary? I’m glad you asked!

The dictionary defines honor in this way – “to prize; value highly; esteem; revere“.

Another definition is, “To revere; to respect; to treat with deference and submission, and perform relative duties to.” (Webster’s 1828 Dictionary)

I honor and respect for His sake, not theirs. If I choose to dishonor those God has placed over me, I have really chosen to disobey and dishonor God. My choice speaks, not of their character or spirituality, but of mine.

Honor is far more than how I feel about a person at any given time; rather, it is to be the way I behave toward that person at every given opportunity. It is how I express my esteem for another – by my words, my tone, my attitude, and my actions.

There may be a time when you cannot obey an authority and be right with God, but you can still honor an authority even when you cannot righteously obey them. There are many examples of this in the Word of God, including Daniel, Shadrach, Meshach, and Abednego, Peter, John, the Apostle Paul, and more. I cannot think of one instance when the Bible teaches, through precept or example, someone who dishonored their authority and was approved of God. Most of the epistles address the issue of honoring authority and the importance of this principle in the home, the church, and the government.

When dealing with the Pharisees, Jesus addressed the issue of honoring parents. He used their abuse of this specific command to illustrate the hypocrisy of their attitudes and actions toward God. The Pharisees thought they could somehow negotiate their own terms in fulfilling (or disregarding) this commandment, and thus be “free” of the requirement God had placed on them.

Jesus made it clear that this was a “non-negotiable” command of God. Remember, Jesus wasn’t speaking to children here, but to very devout, religious adults who were refusing to obey God’s command and imagining that God was somehow alright with it. (Mt. 15:3-9) While we may not be obligated as adults to obey our parents, we are never released from the obligation to honor them.

Proverbs says, “Hearken unto thy father that begat thee, and despise not thy mother when she is old.” (Pro. 23:22)

That word “despise” means, “to scorn; to disdain; to have the lowest opinion of”. Neither their age, nor ours, gives us a right to have these attitudes toward our parents. In fact, just the opposite is true. Part of our responsibilities as adult sons and daughters is to esteem, honor, and care for our aging parents.

Jesus also made it clear that the underlying issue was and is a heart issue.

“He answered and said unto them, Well hath Esaias prophesied of you hypocrites, as it is written, This people honoureth me with their lips, but their heart is far from me.” (Mk. 7:6)

The reason they did not want to honor their parents is that in their hearts they did not honor God. They set up themselves, rather than God’s Word, as the final authority. “But in vain they do worship me, teaching for doctrines the commandments of men.” (Mt. 15:9)

He also made it clear that it’s possible to honor with the lips and yet not mean it with the heart. Words that are spoken, no matter how sweet, mean nothing if they are not sincere. In fact, it was their outward display of honor that wasn’t matched by an inward desire to honor that was disgraceful to God.

Lest we think this command to honor our parents is somehow null “under grace”, it is repeated in Ephesians. Jesus Himself referenced this commandment multiple times. This is clearly one of the areas God watches to determine the sincerity of our love, obedience, and honor for Him; yet it seems to be an area where we are tempted, just as the Pharisees were, to excuse our neglect or outright disobedience.

One of the identifying characteristics of the people of the last days, and of those who are false teachers and who walk after the flesh, is their attitude toward authority. They are “disobedient to parents” (II Tim. 3:2), they “despise government” and “despise dominion” – or authority.

“But chiefly them that walk after the flesh in the lust of uncleanness, and despise government. Presumptuous are they, selfwilled, they are not afraid to speak evil of dignities.” (II Pet. 2:10)

As we read through the Bible, we find that God has very strong words for those who choose to scorn, mock, or despise their authorities, especially their parents. He also says that He will bless those who do honor their parents. It is the “first commandment with promise”.

We live in a world that has little respect for any authority. They live by the rule of self. But as God’s children, we need to cultivate a culture of respect and honor, and this begins in our own lives and homes. We need to teach our children to honor their parents, not because we think we deserve it, but because God commands and desires it. We need to model an attitude of honor and respect for our parents, for others in authority, and for one another.

I encourage you today to honor your father. If you haven’t done so in the past, start now. Don’t just say the right words; do the right thing. Don’t try to determine if you think he is “honorable”. Honor him so that you can be honorable. Live a life that honors his name. Treat him with respect, in private and in public. Look for ways to be like the Lord Jesus.

If we truly want to honor our heavenly Father, we should start with how we treat our earthly one.

“Honour thy father and mother; (which is the first commandment with promise;) That it may be well with thee, and thou mayest live long on the earth.” (Eph. 6:2-3) 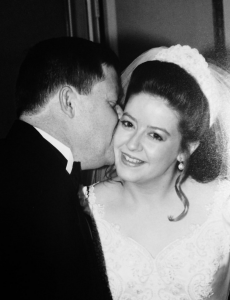